Jackson's Toyota | In Our Community

Just prior to the Labour Day Weekend, the Burlington Centaurs 1st XV men's team travelled to Hamilton on Thursday for their last regular season game vs the Hamilton Hornets.

The Centaurs had to fill in some positions due to injury and availability which involved Nathan Bryan in the centers and Kyle Wilkins on the wing.

The Centaurs played a tight game in the first half but needed to work the ball wide against the Hamilton defence. Colin McLeod was able to cross the line for the try for the Centaurs to score first. The Hamilton Hornets capitalizing on the Centaurs' errors were able to link up to pick up some territory but the Centaur's goal line defence resulted in the ball being held up in the try zone and kept the Hornets to a score of only 7 points.

Near the end of the half, 2nd row Bill Clayton showed his physical dominance on the field. That physicality was just the motivation the Centaurs required to start the 2nd half. 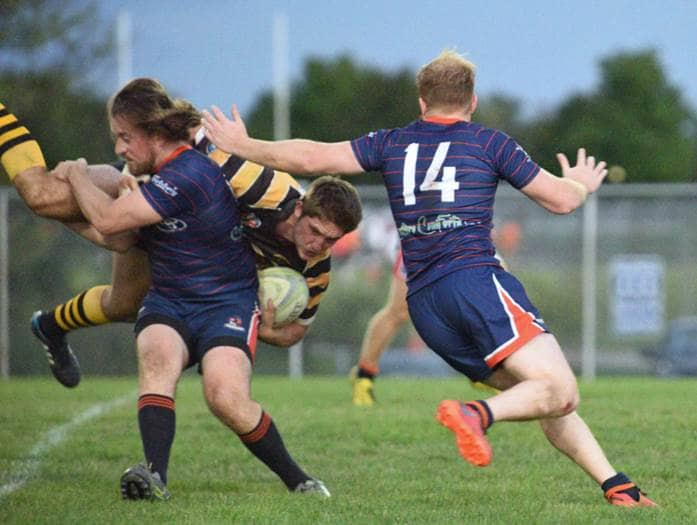 As a proud sponsor of the Burlington Centaurs Rugby Club we would like to extend a warm congratulations for a very successful 2014 season. The Centaurs gave it their all on the field this year, and saw big results because of it!

Great work everyone, we can't wait for the 2015 season!

Thank you to 11 year-old 6th grader Emerald P. of Clarksdale Public School for the artwork! Her favorite classes are Gym and Art, and she chose to illustrate the 2014 Toyota Prius - looks great, Emerald!

If you would like to learn more about the Toyota Prius, check out our inventory page or visit us today!

VIP Day iPad Winner
The whole team at Burlington Toyota would like to congratulate our lucky VIP Day iPad winner! It is our utmost pleasure to thank our customers for their loyalty, and our recent VIP Day gave us the opportunity to show our appreciation and gratitude. We hope that you enjoy your new tablet!

Burlington Toyota
Since 1993, Burlington Toyota has strived to be the premier Toyota dealership in the Golden Horseshoe area. With a large new and used inventory of cars, trucks, minivans, and SUVs, we are sure to have your ideal car in stock.

If you are looking at getting into a new vehicle, give us a chance to show you why we make each and every one of our customers feel like a VIP. Come visit us in person at 1249 Guelph Line in Burlington to chat and take a test drive today!